Welcome to the most recent SEAOI silent auction! We are delighted to offer two NEW AISC Manuals.

Sincere thanks to AISC for their donation of the AISC Steel Construction Manual, 15th Edition and Seismic Design Manual, 3rd Edition – both signed by AISC President, Charlie Carter!

Bids will be accepted until Wednesday, December 16, 2020. 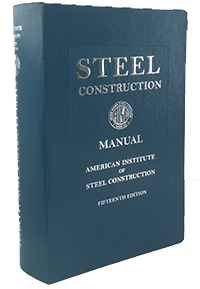 First released in 2017, this is the most current edition. 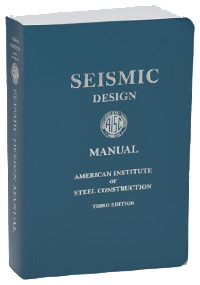 Includes sections on general seismic design considerations, analysis considerations, and systems not specifically detailed for seismic resistance. Different seismic force resisting systems are covered in the balance of the sections, along with diaphragms, chord and collectors as well as an introduction to engineered damping systems.  Signed by AISC President Charlie Carter!

The SEAOI Financial Resources Committee is investigating non-dues revenue streams and is interested in exploring the feasibility of offering various items to our members in an auction format. All proceeds will be used by SEAOI for operational expenses.

If you have any questions or feedback about this auction, or if your firm would like to donoate an item to our auctions, please contact Stephanie Crain.